In honour of Pride Month, the Ontario CLRI wants to share some 2SLGBTQI+ resources that can empower long-term care (LTC) homes to create a culture of inclusivity where both residents and team members can thrive regardless of sexual orientation, gender identity and expression.

Our Supporting Diversity and Inclusion in Long-Term Care Advisory Committee has been gathering resources since 2017 to support LTC homes in delivering inclusive care to the diverse populations they serve. This resource list was developed in recognition that resident care can be influenced by individual circumstances, including language, ability, race. ethnicity, religion, spirituality. gender identity, gender expression. sexual orientation and socio-economic status. 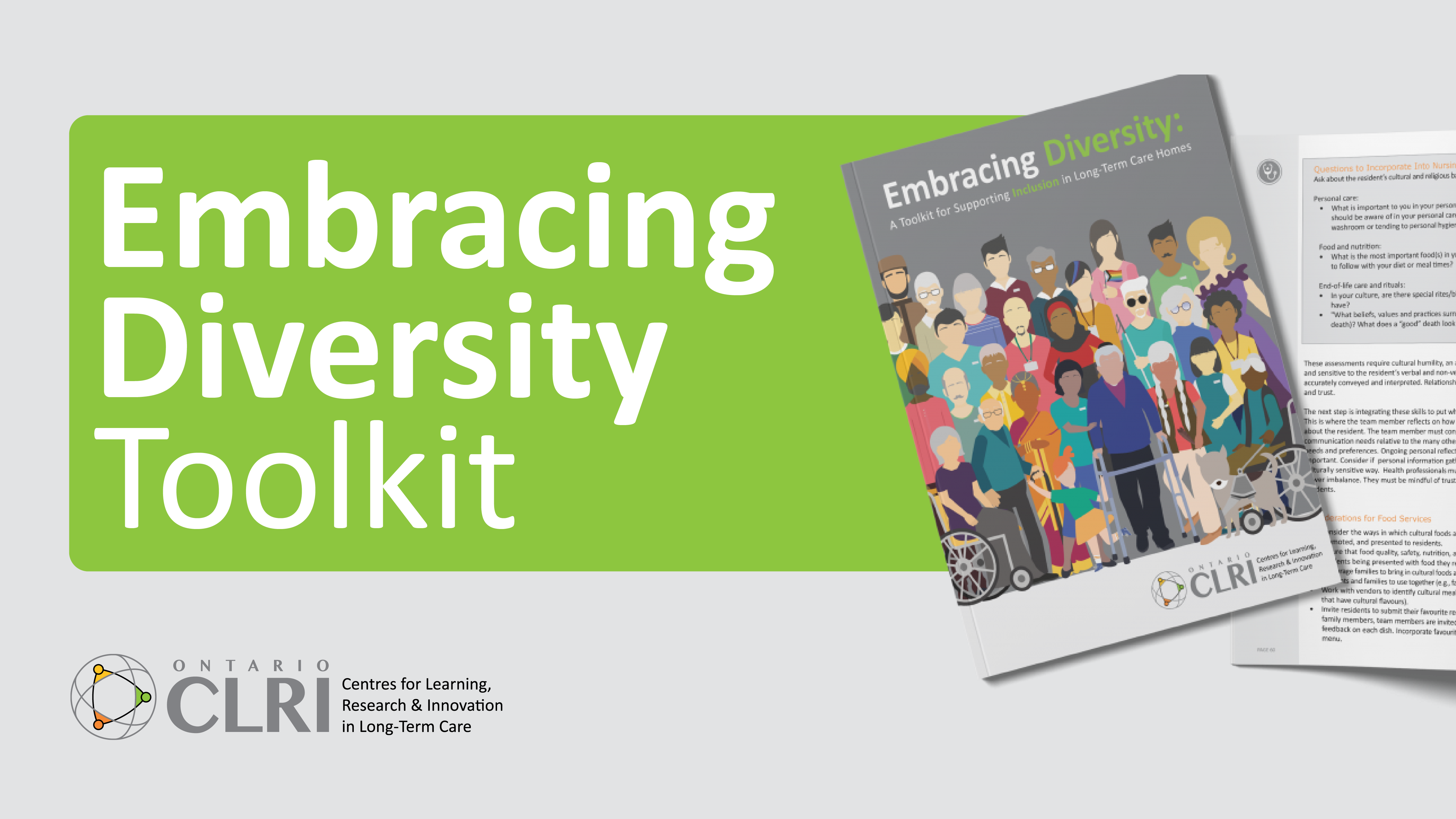 Description: This toolkit is an interactive resource with print and online components that gives LTC homes practical steps to nurture diverse and welcoming communities. Click Here to Download Toolkit 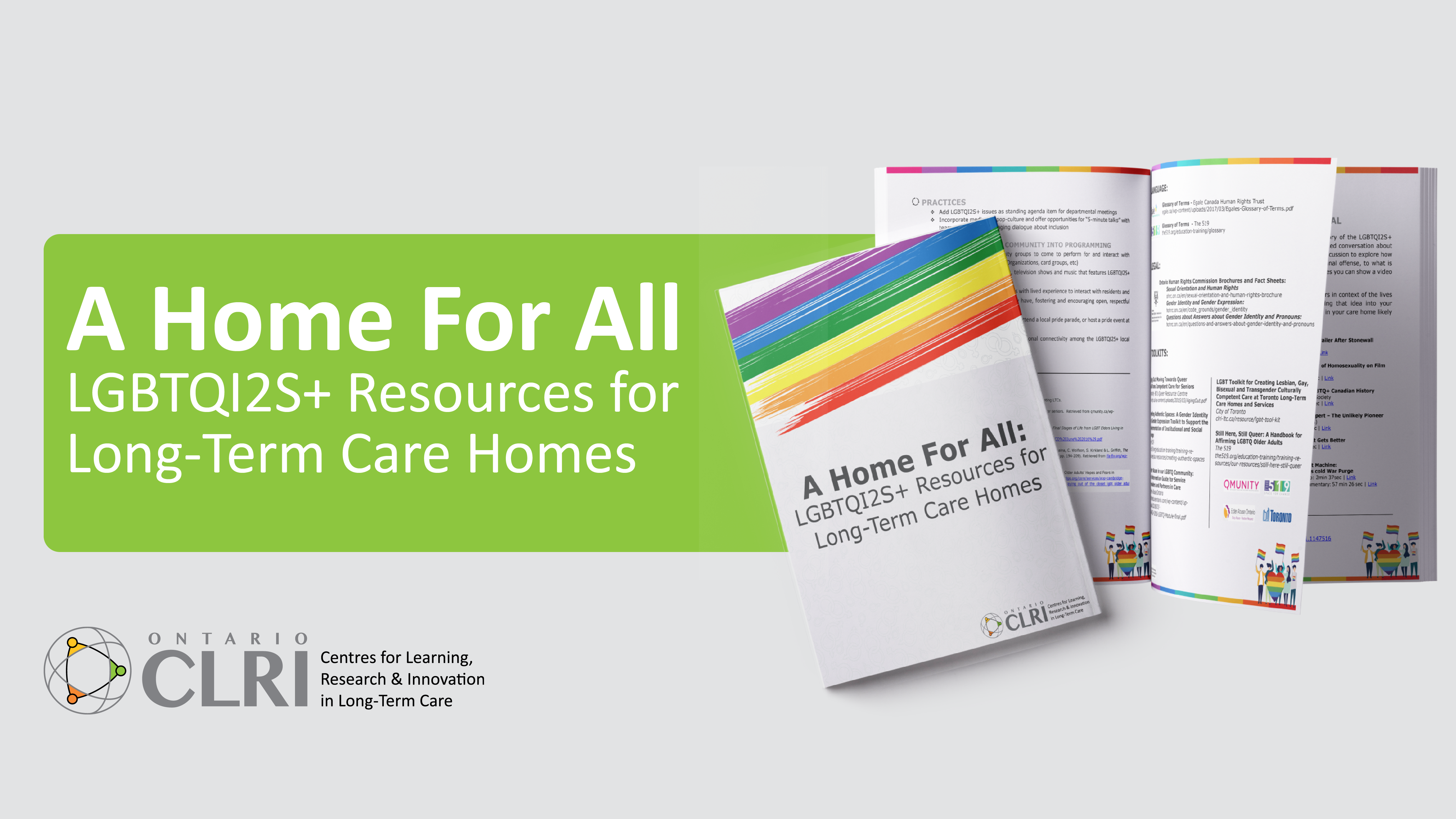 A Home for All Resource Package 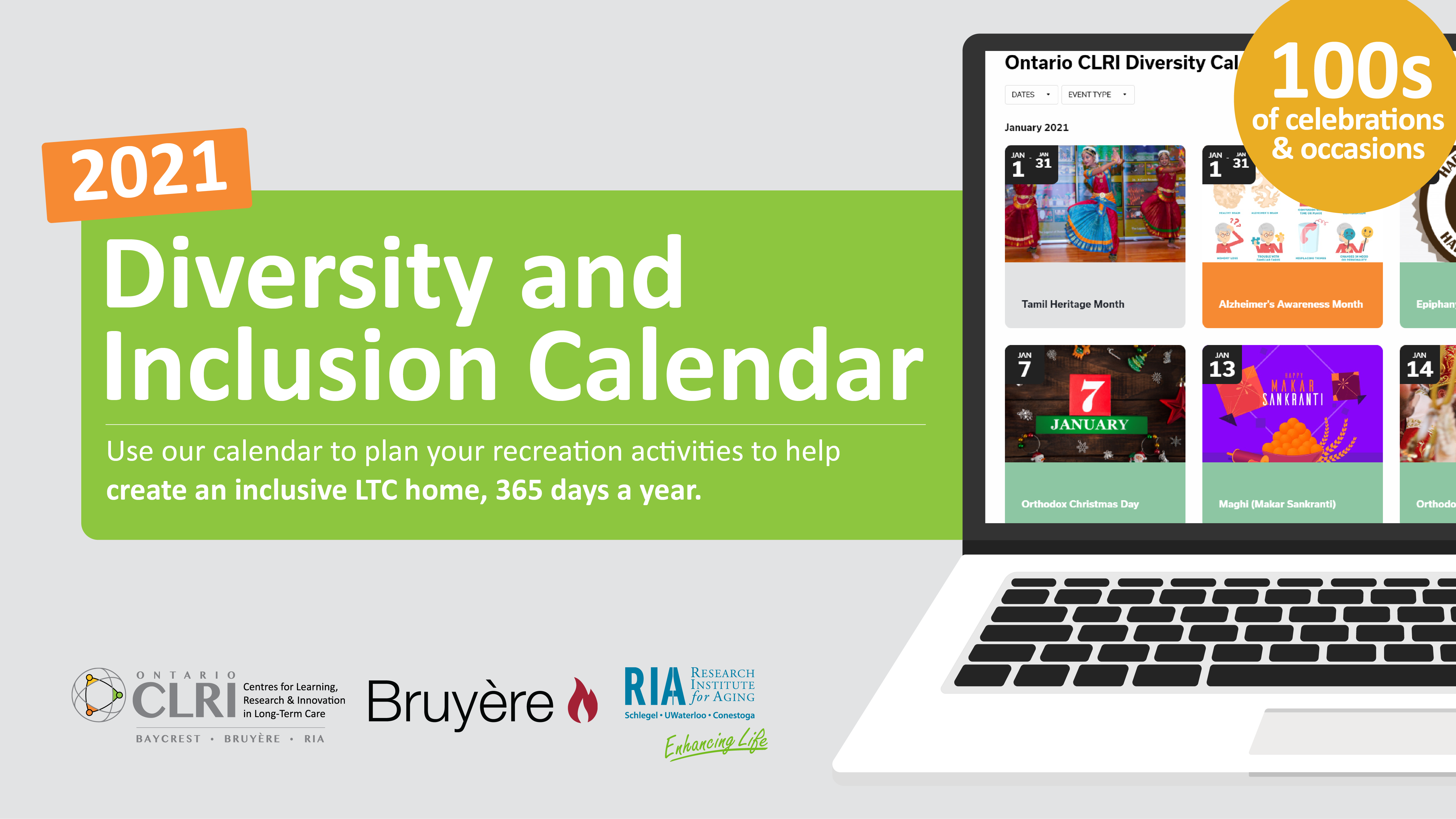 Learn more about our work in sexual and gender diversity at clri-ltc.ca/lgbtq.