During this interactive webinar we will explore the importance of language, and how language helps create a culture of community in long-term care. Examples of words that shift our thoughts, speech, and actions from being institutional to more respectful and resident-centred will be shared.

The Our Language Defines our Culture webinar was part of a 3-part Culture Change Webinar Series created to share new learnings and best practices with those who are working to change the culture of aging.  The series was hosted by the Schlegel-UW Research Institute for Aging in partnership with the Ontario CLRI.

This webinar was originally presented on October 28, 2016. 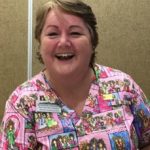 Ruth Auber has been a Registered Nurse for 32 years and has served with Schlegel Villages for the past 15 years.  During this time she has had a variety of Nursing and Supervisory roles and currently she is the Director of Nursing and Palliative Care at University Gates. She is excited to see big improvements in the way residents live their lives in LTC and RH settings during the last few years.  Ruth immigrated to Canada from the UK with her Husband Chris and their four daughters in 2001.  In her spare time Ruth rescues chickens and rehabs them to free-range at her farm house in Belwood! 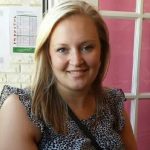 Janelle Hilborn is a registered practical nurse at the Village at University Gates. She loves to see residents come to LTC and start to live again! Janelle has worked for Schlegel Villages for three years. She began her journey with Schlegel Villages as a PSW until she finished her schooling at Conestoga College. Janelle is passionate about resident-centered care and the culture change of aging in LTC. Janelle is newly married to her husband, James. In her spare time she enjoys spending time with her new puppy, Stella and trying new recipes! 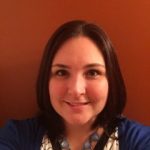 Jen McKay has been a Registered Practical Nurse with Schlegel Villages for 8 years working both in Winston Park Retirement and currently University Gates Long Term Care. Jen has participated in changing the culture of aging at Schlegel Villages in this time and is working towards enhancing the lives of those with dementia and how society perceives them. Outside of work, Jen enjoys going on mini adventures with her husband Mike, watching cheesy 80s horror movies and spending time with her dogs and turtle. 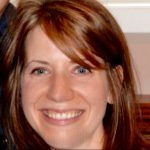 Tamara is a Neighbourhood Coordinator (NC) at the Village at University Gates which is built on the north campus of the University of Waterloo.  In her role as NC, it has provided her with ongoing opportunity to implement training and guide educational development through the Living in My Today and Neighbourhood Team Development (NTD) programs, Schlegel Signature programs that encourage culture change in a long term care setting.  Being an NC has further enhanced her understanding of relationship building, earning trust, and modelling open communication with team members, care partners, families and residents so we can all put “living” first in our Villages.